This tutorial explains the effect that layers and blocks have on an entity's attributes (color, linetype, lineweight).

There are, however, situations in which an entity should take on the attribute of the layer on which the block has been inserted. This situation is covered by the "By Block" attribute value available for entities. 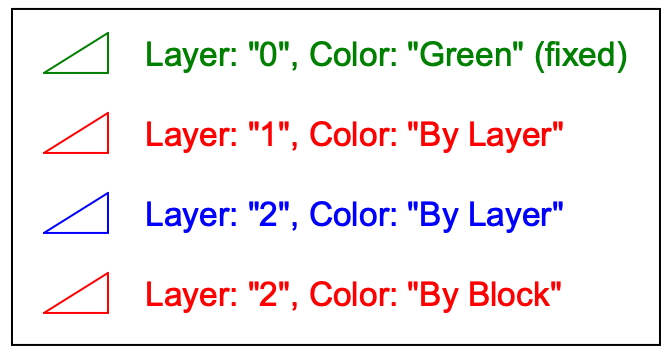 The block definition contains four texts and some line entities on various layers with various attributes:

In this example, the block reference resides on an orange layer or has its color property set to "orange": 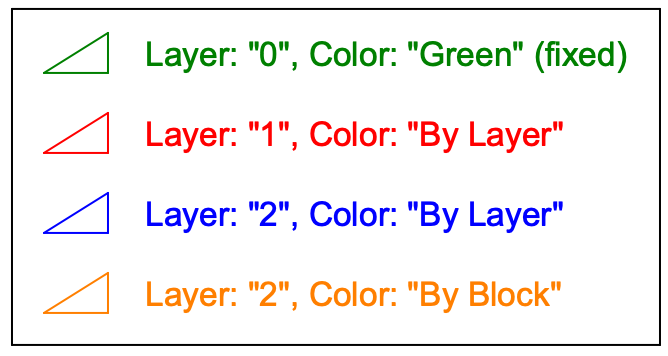 The property values "By Layer" and "By Block" are not only available for colors but also for the other entity attributes lineweight and linetype. These attribute behave in the same way.

We use cookies on our website. Some of them are essential for the operation of the site, while others help us to improve this site and the user experience (tracking cookies). You can decide for yourself whether you want to allow cookies or not. Please note that if you reject them, you may not be able to use all the functionalities of the site.